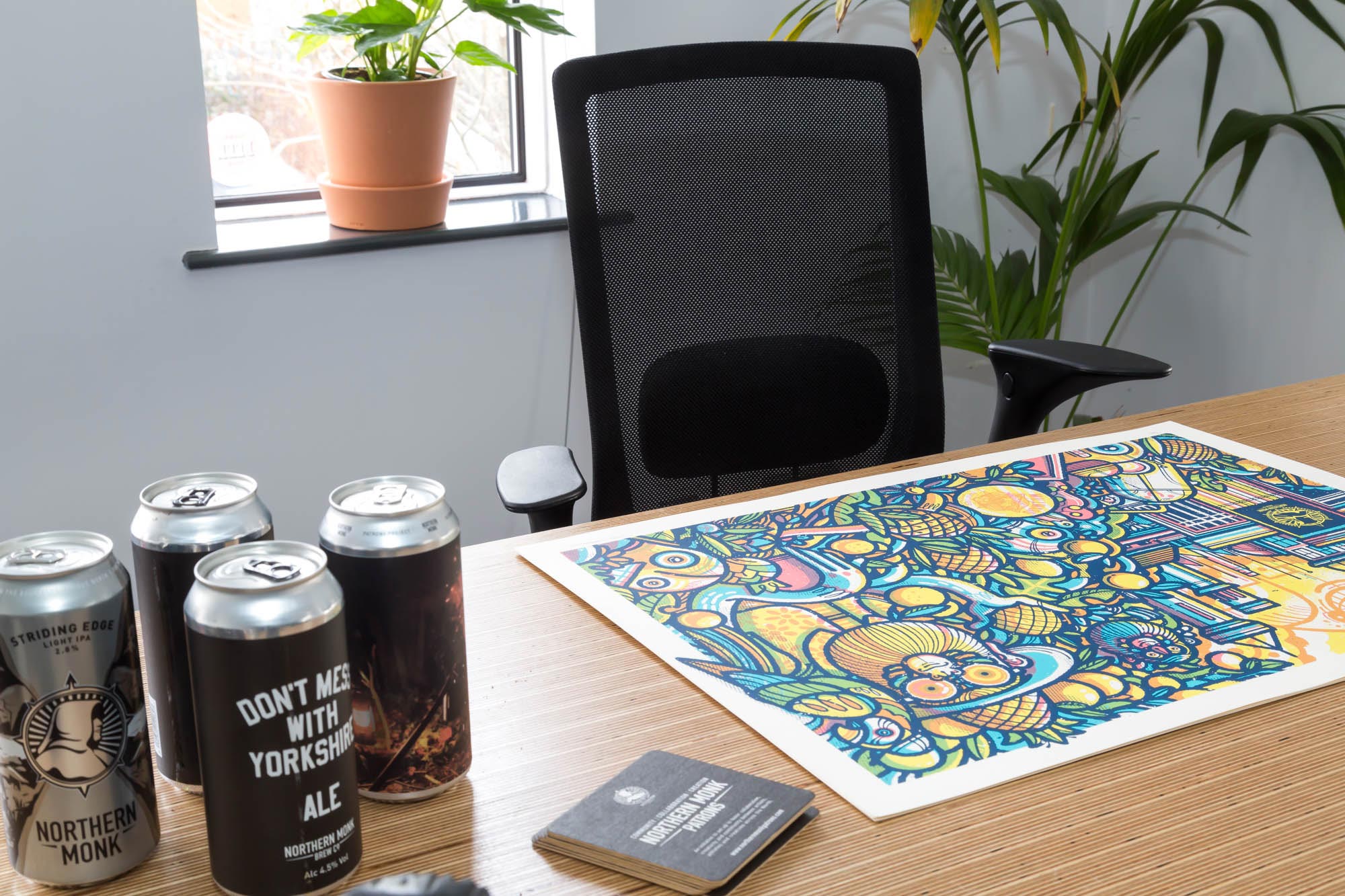 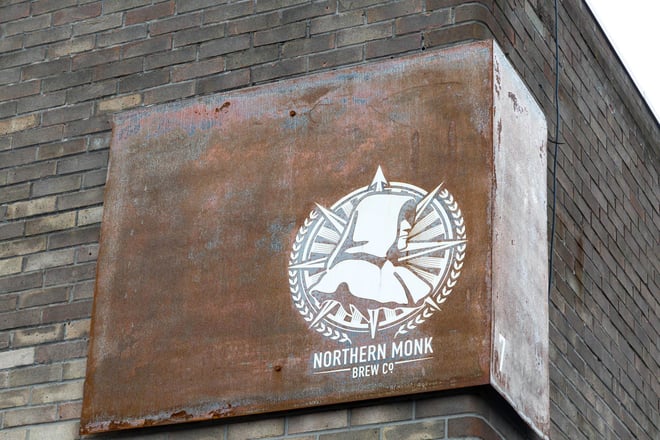 Northern Monk is a craft brewery based in the North of England. Started in 2013, the business has grown rapidly, and with their progressive and creative approach, they are at the forefront of the craft beer movement, recognised globally as one of the best.

Expanding from two to 60 employees in just four years, Northern Monk’s central office is located above their main brewery in the city of Leeds. A hub of creativity, the work space is where concepts are developed, label are designed, and most importantly, the beers are named. One of the goals of the redesign was to make a space which reflects this creative process.

Collaboration is also very important to Northern Monk, something you can see in their successful Patrons Project series of beers created in cooperation with local artists, athletes and creatives. The brewery works with these partners to create unique tasting beers that aim to reflect each individual patron, such as the Raspberry Ripple Donut IPA created with Temple Coffee & Donuts, through the taste of the beer, and the limited edition can designs.

Collaboration was, therefore, another crucial element to consider when redesigning the workplace, to create an environment which allowed cross-pollination of ideas, where the team could meet informally as well as discuss ideas throughout the day.

One end features two stand-up desks, allowing for stand-up work, and incorporates a beer board to showcase stickers or cans for the latest ideas the team are working on. A new storage area which matches the desk was created along one wall, and an array of plants have been introduced to brighten up the interior. Desking is complimented by HÅG Futu mesh chairs for the main desk, with HÅG Capisco seating for the flexible sit-stand desks.

For the flooring, Northern Monk required something that is easily cleaned, with frequent trips to the brewery floor often creating dirty footprints and spillages. Their dark carpet was replaced with robust rubber flooring, provided by Artigo.

The colours were picked in dialogue with the brewery, who wanted to keep the interior aesthetic as close to their logo and brand-identity as possible. Grey tones, with some hints of traditional deep green in addition to black, were selected for the furniture, with light birch wood used in the desking, adding a Scandinavian touch to the environment. The floor is also a light colour, and the team opted for a shade of grey to match the HÅG Futu mesh colour.

The break room needed to be a place where workers could eat, relax, and chat. A new central table has been installed, the On-point Table by Offecct, complemented with a set of RBM Noor chairs. Fabrics and chair shell colours were matched to the same greys and greens as the other furniture.

The final room to be made over was the boss’s office, where private chats and phone calls could be made. New seating has been installed to ensure that the same furniture ran throughout the building, with a HÅG Futu mesh and two further RBM Noor chairs, in green and black this time.

Northern Monk Founder Russell Bisset: Here at Northern Monk our inspiration comes from the history and heritage of brewing, but also our northern identity as a business. When we were working with the designers at Flokk they really took that into account. They’ve taken what we had envisaged the brand and our working environment to be and just taken it up that extra level with their input.

I’m currently using the HÅG Capisco, which has been great for me. In my role I’m involved in every bit of the business and I’m constantly on the move, in and out of meetings. The flexibility that chair offers is really unrivalled, I think it’s been fantastic for me.

The whole office feels such a bright, positive and collaborative working environment at the moment. The office makeover has been so powerful, because it has coincided with an increased amount of professionalism and I think it really reflects where we are as a brand now. It’s a beautiful bright space, it’s a hub of creativity and I think it’s really helped to foster a working environment and culture we’ve got at the business.”

Northern Monk head of HR Sophie Lennon: “As HR it’s my job to make sure we’ve got a really productive positive working environment and I feel like the office has really added to that... The office is a really creative space, it’s where our beers are named, the labels are created and our marketing strategies are pulled together. It’s a massively collaborative environment, and to have a space that’s a lot brighter and open really fosters that atmosphere.”

It has been a real pleasure to work with Northern Monk on their new workplace, and we hope that their new interior design plays a part in helping them to achieve even greater success in the future!

Check out our video below from when we visited the complete project for the first time.