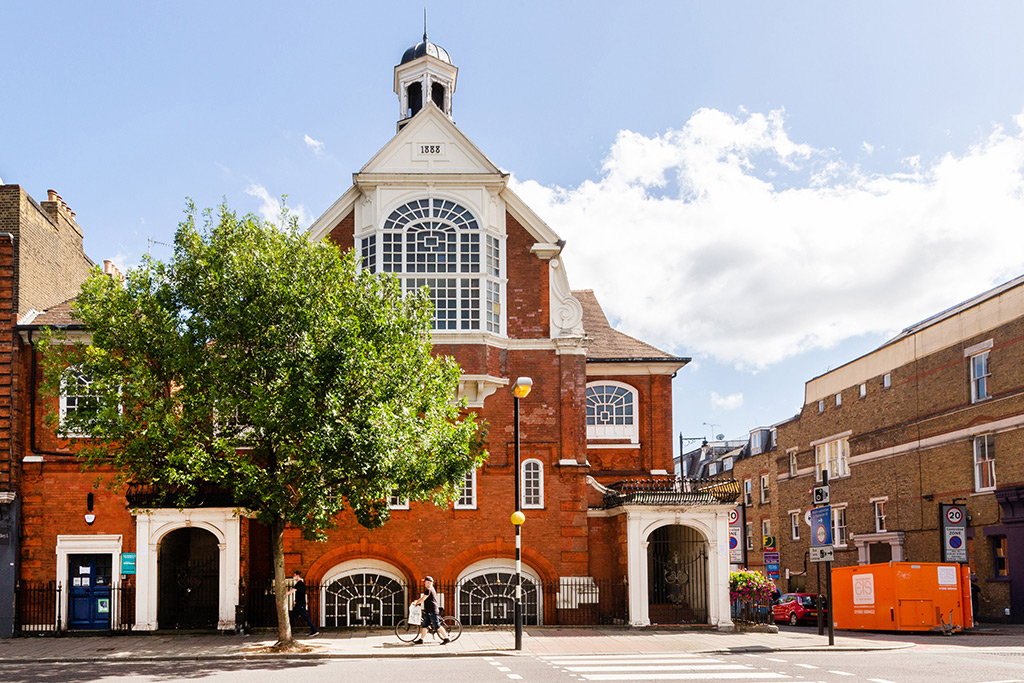 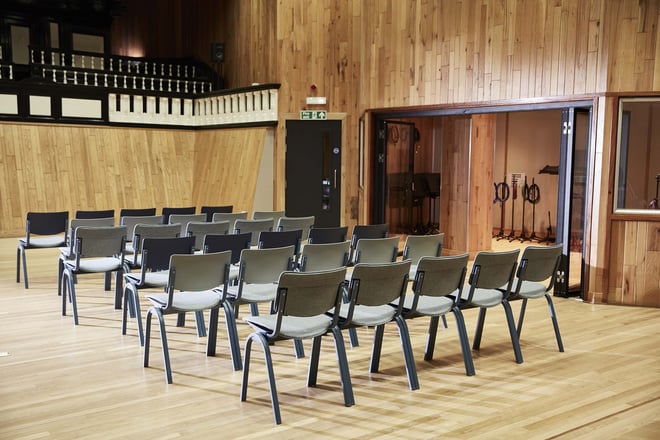 Abbey Road is perhaps the world’s most famous recording studio, with artists including The Beatles, Oasis, Lady Gaga, and Pink Floyd, recording some of their most famous work. However, not only does the studio play host to the latest and greatest superstars, it tutors and inspires those looking to work in the music industry. In collaboration with Universal Studios, they set up the Abbey Road Institute (ARI) a specialist music production school and the training ground for the next generation of music producers and sound engineers.

In 2022 ARI acquired a new building known as Angel Studios and transformed the iconic London venue into a state-of-the-art recording and teaching facility. We spoke to Hannah Fitzgerald, Global Head of Marketing at Abbey Road Institute about their expansion, and the challenges of designing and equipping such an important workspace.

Hi Hannah! Tell us the story behind Angel Studios.

Angel Studios is a culturally significant recording studio, one of the top recording studios in London, and a Grade II listed building. Originally built as a church in 1888, De Wolfe publishing established it as Angel Studios in the late 1970s. The studio has been home to some really iconic recording sessions over the years, from The Cure, Kate Bush, and Adele, and right through to recent times. Fast forward to the end of 2019 and very sadly the studio closed. Then there was a big question mark about what was going to happen next.

So what happened next?

Abbey Road Institute is a specialist music production and sound engineering school, and it was born out of a collaboration between Abbey Road Studios and Universal Music. We had actually been looking to expand and we discovered Angel Studios which was the ideal scenario for us. Within Angel Studio, we now have both the Abbey Road Institute spaces which are where we deliver our day-to-day teaching, and our student's record and work as well as commercially available studios.

What were your objectives when it came to redesigning Angel Studios?

Our main objective was to create a modern facility with the necessary functionality whilst preserving a building with an important and well-regarded heritage, maintaining many recognisable and cherished elements. We implemented a combination of restoration of some spaces alongside the complete upgrade and reconfiguration of others in order to have a full and functional integration between a training facility and a commercial studio fit for the caliber of clients we regularly have through our doors. It’s about making it look new and functional, modern and compliant with the current regulations as well as preserving its history and heritage.

On top of this, it was crucial that we maintained the high standards people expect from the Abbey Road brand. That meant it was incredibly important to have the right partners. Everything from choosing the right microphones and recording equipment, to the chairs and furniture throughout the space within the studio. All of those individual decisions and who we work with are key and integral in terms of defining the studio environment.

That's why we thought Flokk would be the ideal partner to work with and to provide all the different seating solutions that we need throughout the space, to meet that premium expectation that we have, particularly under the name of Abbey Road.

You are one of the first facilities to get your hands on the new HÅG Celi chair – tell us, what do you think?

We had high expectations when looking for furniture. Where we specified the HÅG Celi, we needed seating comfortable for a guest to be sat on for a couple of hours or potentially a full day. It had to look attractive, and of the highest quality that we feel matches the Abbey Road brand.

We have already used our HÅG Celi chairs for a number of events, and one of the main qualities that we’re most happy with is the level of comfort. Guests have noticed this and commented on the chairs, particularly noting the fact that they tilt, which is unusual for a chair of its type. And on a practical level for us, the fact that they stack away and take up little space is important as we don’t have lots of storage space in the building.

And finally, how has choosing the HÅG Celi helped you achieve your workspace redesign aims?

It may just be a chair, but it has helped us with an important but often overlooked aspect of the experience we strive to deliver to our students and clients - Making them comfortable, helping them to be productive, and doing so in a stylish environment. When you have an articulated, large and busy facility that must look professional and well-equipped but not feel impersonal and cold, it’s the attention to detail and elements such as the furniture that really help drive home the final result.

It’s so important that we make these decisions with a kind of considered and thoughtful process to ensure we create a space where artists, producers, musicians, and our students are able to create great art.

Abbey Road Institute received HÅG Celi chairs featuring a prototype upholstery, which will launch in 2023. Until then, we have our stunning CeliKnit fabric alongside both wooden and plastic seat and back models. Click the product links below to explore today.