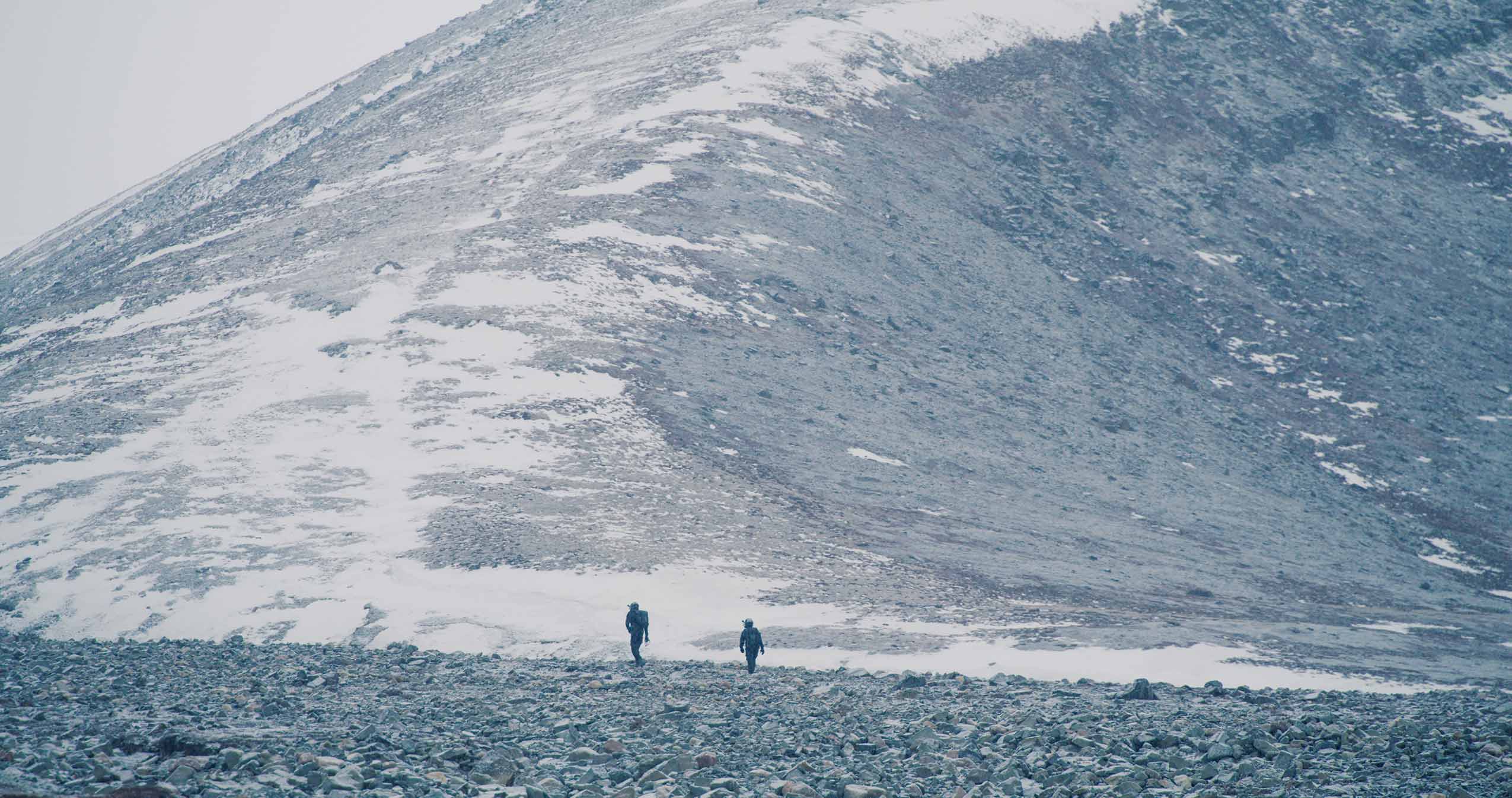 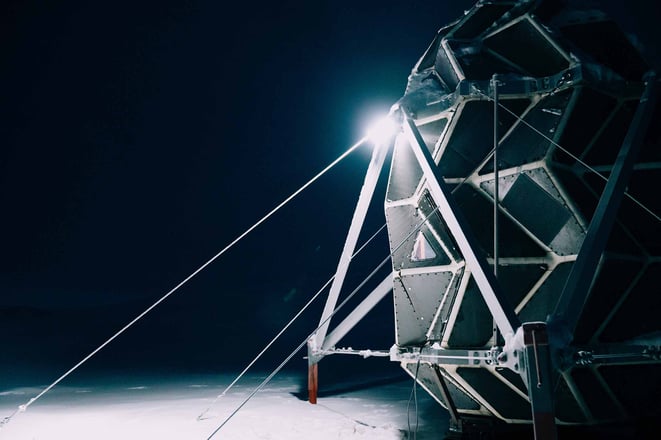 “Space, the final frontier” - a phrase popularised in the 1960’s but one still very much applicable today. By the start of 2022, a little over 600 people have travelled into space, far fewer would say they inhabited space, and only 12 human beings have set foot on the moon. Despite over six decades of endeavour, Humanity has barely begun its story of traveling to and living on other worlds, leaving plenty of room for entrepreneurs and innovators to influence the future of our story in space.

One such innovator is SAGA, an exciting Space Architecture practice designing and building habitats they hope will eventually be used by humans when travelling to, and living on, other planets. “We basically took the two things we care about the most in the world – exploration and creating.” Says SAGA, Co-founder Sebastian Aristotelis, when asked what inspired them to create SAGA, continuing; “Exploring is something we have always been interested in, and especially space exploration. We love technology and innovation and these are of course a big part of it. We are also really fascinated by creative process – to design and draw, build, cut, and weld.”

Sebastian, together with co-founder Karl-Johan Sorensen honed their design skills by studying Architecture at the Royal Danish Academy of Fine Arts before enrolling in the Space Studies Program (SSP) at the International Space University (ISU) in Strasburg. An intense two-month course, the SSP provided the duo with a holistic understanding of the space industry, as well as the opportunity to network with various other professionals. Despite this, they are under no illusions that there are relatively few space architect practices, something that they not only find exciting but liberating. Early on, Simon Kristensen came on board as the third co-founder of SAGA and Technical Lead.

Sebastian; “Setting up SAGA, there was not really a straight path for us to follow, we sort of paved the way for ourselves, and I guess we are still figuring out just how to do this exactly. Sometimes it’s frustrating because there is no one you can ask for help. If you are designing something for outer space, you are writing the textbooks on it, because there are simply no references. For instance, here on earth, if I draw a window for a wall, everybody has a comment for what a window should look like – it is very hard to let go of those stylistic expectations. However, when you are working on a different planet you start from scratch and that’s really refreshing.”

This lack of precedence gives SAGA the freedom to create designs wholly based on the needs of the environment, without having to concede to tradition a point highlighted by Sebastian;

“When it comes to Space Architecture, it’s easier to start with what’s similar (to Earth architecture) - both are for humans. Even though the environment changes the people living inside of it are humans and humans need the same things. If I’m in outer space I still need a well-ventilated comfortable living environment that is stimulating. Oxygen to breathe, access to daylight, contact to my family. Whether you are in an urban environment on Earth, or on the International Space Station buzzing around the world 16 times a day you are a human being and you need the same things.”

“What’s interesting is that those things that we need become much more visible in outer space. It is much clearer what we are missing in outer space than it is here on Earth because we are so over and overstimulated. In space, it’s much simpler to see what things will really improve an astronaut’s wellbeing.”

LUNARK – The first “home” on the moon?

SAGA’s most ambitious venture to date is LUNARK, a two-year project to develop a deployable moon habitat. The design is comprised of rigid carbon fibre panels in a unique origami-inspired design enabling it to be compact during travel, then unfolded to increase its volume by 750%.

“It took us about 9 months just to figure out how to do the origami pattern.” Explains Sebastian, “The entire habitat folds, and that was extremely difficult to make a folding structure. We only really knew that it would work just a few weeks before the expedition. We had done a lot of models, and trials, but you never really know until you build the actual thing.”

The expedition saw Sebastian and Karl-Johan travel to Greenland, spending 3 months living in the small confines of the LUNARK habitat through the cold harsh winter. The climate, which at times dropped to -41°C, also gave them a chance to test out their high-tech spacesuit. The design of the habitat is such that you are able to completely construct and deconstruct it whilst wearing the suits, something important for future use on the moon.

Despite expanding by 750%, the habitat interior is only 4.5 m2, which meant that SAGA had to be incredibly meticulous when organising the space to accommodate the various activities inhabitants are required to do, as well as feel welcoming enough to not harm their mental wellbeing. SAGA developed circadian LED light panels in LUNARK to simulate the passing of time using light and colours.

Sebastian; “In fact, the main part of the test was the psychological impact of the architecture- could we design a healthy and stimulating architectural home? We are not trained professional astronauts our tolerance is much lower. Therefore, we needed a much more pleasant living environment. We wanted to create a home, not a survival machine, and all the psychological results so far point in that direction, that actually we could.”

The success of projects like LUNARK relies not only on passion but also a large amount of hard work. The team at SAGA, which has steadily grown to 10 full-time employees, is incredibly dedicated, with most of their time spent designing, prototyping, and sat at their desks at their Copenhagen Studio. Recently, SAGA have furnished their entire workspace with HÅG Capisco chairs, keenly adopted by their founders who were impressed with both the visual appearance and functionality of the chair. Designed by Peter Opsvik, the HÅG Capisco is based on the notion that human beings are not designed to spent long periods sat still. Through its open shape and saddle-like seat, the HÅG Capisco encourages movement, regular posture change, and allows the user to sit comfortably in various ways without reducing concentration or productivity.

“If I had designed that chair I would be very proud,” says Sebastian, “It fulfills all the functions that we need, but it doesn’t build on the tradition of chairs. It’s so different, so comfortable and healthy to sit, I think it would be to go back. It has a variation that is something that is also very important in space as well.

“At SAGA we try not to build or design on traditions at all, we always want to build something new because we think that is our responsibility as architects and designers. Sure, you can always take inspiration from the past and try to do it in a better way, but if you have the energy, you should always try to innovate and I think the chair reflects that. If we could find a version with a little bit smaller footprint, we would love to use it in our habitats as well!”

It has been 50 years since a human last set foot on another world, but recent developments indicate now more than ever humanity is ready to take another step out into the black, and SAGA wants to be part of that story.

“We continue doing what we are doing - getting bigger, getting better. We are always working to have faster, more reliable processes, to really professionalise ourselves. When we started three and a half years ago we were just two people. Now we are ten, and I expect soon we will outgrow our studio and move up again, working on even more sophisticated pieces of architecture, and hopefully be more closer to putting a piece of our architecture on the moon.”

SAGA’s LUNARK habitat is currently on display at the Danish Architecture Centre (DAC) in Copenhagen. A Space Saga is an exhibition built around the habitat, including details on how they developed the architecture, and the challenges of designing for space. The exhibition will run for the next 8 months. Find out more here.