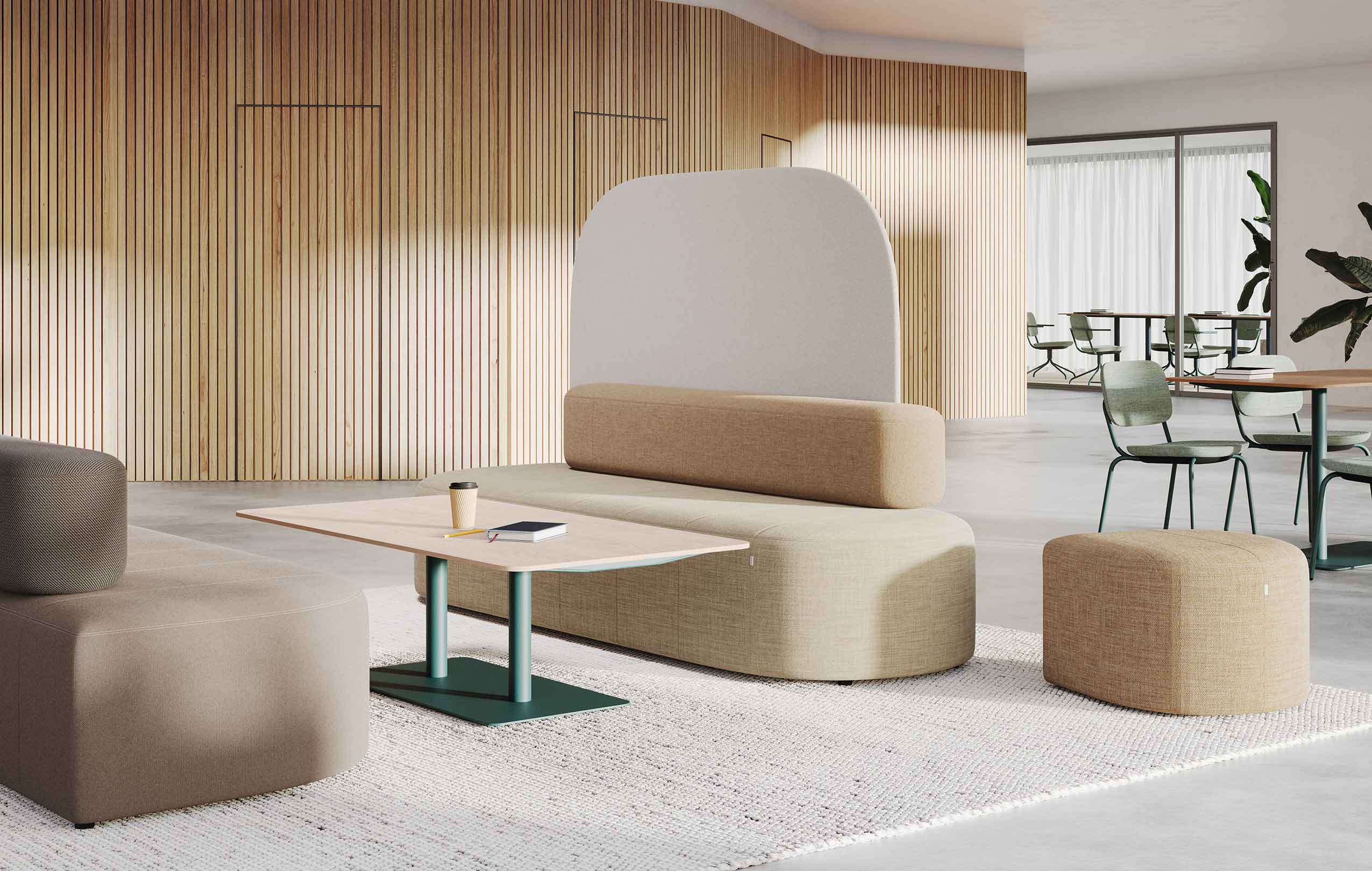 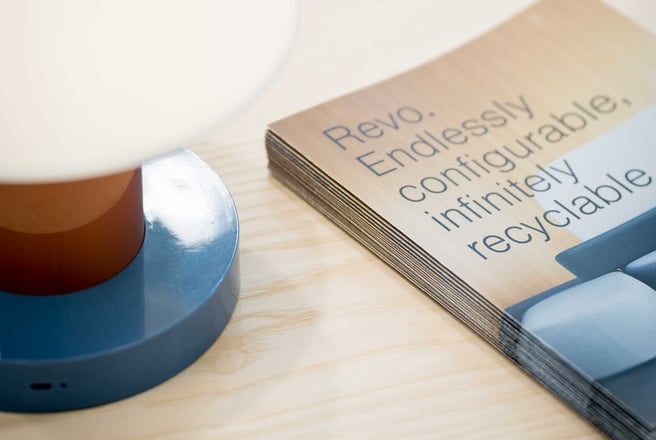 Last week Flokk launched Revo - a stylish collection of sofas, benches, screens and stools in softly contoured organic shapes. Designed for Flokk brand Profim by Pearson Lloyd, Revo has a simple and striking aesthetic identity inspired by the concept of ‘squaring the circle’, creating a gentle geometric language that makes the collection distinctive, but also allows it to be assembled in a huge number of different ways.

Luke Pearson & Tom Lloyd, the design duo which comprises Pearson Lloyd, were both present to unveil Revo at Flokk's flagship UK showroom on the first day of Clerkenwell Design Week 2022. They were also joined by Maja Ganszyniec, the designer of the Normo chair, which was officially launched in the UK on the same day.

In total, the individual elements in the Revo collection enable 96 distinct modular configurations, supporting different styles of work – from solo to team-based, formal meeting to spontaneous collaboration, stay focused to stay connected. This versatility is in tune with the increasingly differentiated nature of the work experience. The office is no longer split between desk and conference room, but has become a nuanced network of flexible spaces, each with distinct furniture needs – Revo is designed to bring a consistent design language to every space, whatever its function or size.

Revo’s seats and screens are complemented by a range of tables of different sizes and heights, supporting a range of tasks, from focused individual work to formal meetings and brainstorming around the coffee table.

Recognising that the climate crisis urgently demands a radical rethinking of the way in which upholstered contract furniture is made, and keen to address the rapid global working culture, Flokk asked Pearson Lloyd to develop a furniture family that responded to both. The result, Revo, is nothing short of a revolution.

Revo’s success as a modular furniture system is largely down to the fact it is extremely lightweight. This is thanks to Profim and Pearson Lloyd’s decision to use recycled expanded polypropylene (REPP) rather than the plywood commonly used to make upholstery frames, thus reducing the product weight by around 40%.

“Revo represents a radical rethinking of the way upholstered contract furniture is made in response to the climate crisis. Replacing the plywood base structure with REPP (recycled expanded polypropylene) maximises the potential reuse of the base materials. Plywood has no circularity. REPP, which is already in its second life, can be fully remoulded for a third, a fourth, ad infinitum.”  – Luke Pearson, Pearson Lloyd

First used by Pearson Lloyd to create the Link room divider system in 2007, REPP is a highly versatile closed-cell bead foam with a host of beneficial properties, including outstanding energy absorption, an exceptionally high strength-to-weight ratio, and resistance to impact, water and chemicals. Most importantly, it is 100% recyclable and remouldable. With no additives (such as glass fibre), REPP can be endlessly remoulded, meaning that at the end of its life, all Revo components can be separated into their component materials, and returned to the manufacturing cycle.

In total, 74% of the materials used to make Revo are recyclable – compared to 5% in the equivalent wood structure. Plus, because the REPP is already recycled – representing 90% of the total product volume – minimal new materials are created to build the collection.

Upholstery is fixed onto the folded EPP using a tethered drawstring, which means no glue or staples are needed, further facilitating disassembly.

“In Revo’s ease of reupholstering, we are looking ahead to a time when furniture is leased and not purchased, when the ability to refresh, refurbish and renew furniture will be increasingly important, especially in the contract market.” – Tom Lloyd, Pearson Lloyd

Minimising energy consumption at all stages of production – from manufacture to shipping – was, of course, a priority, In total, Revo generates a carbon footprint 6% and 40% less than conventional wood-based furniture construction during construction and transportation respectively.

Revo launches with a range of upholstery options and a versatile colour palette devised by Profim creative director Maja Ganszyniec. Specifiers can combine contrasting colours in their Revo configurations to create playful statements or select single colours in graduating shades to add nuance and depth.

Revo launches with a choice of two newly developed upholstery textiles. Cura, by Gabriel, is a high-performance two-colour fabric made from 98% post-consumer recycled polyester.  With a warm, textured appearance that mimics natural fibres, Cura introduces a note of laid-back luxury to Revo.

The other option, Oceanic by Camira, is 100% recycled polyester, including 50% Seaqual Yarn, which is made from marine plastics salvaged and repurposed by the Seaqual Initiative. Both fabrics give Revo the durability it needs to survive in high-traffic office environments, alongside an engaging residential aesthetic appropriate to the modern workplace.

Find out more - Flokk Flokk on Instagram & LinkedIn and be the first to hear when Revo is available to purchase and place in your workplace projects.